Students receive their IMES when they enter their first year at UBC, and the scholarships are renewable for up to three additional years of study. The number and level of these scholarships awarded each year vary, depending on available funding.

The University of British Columbia Information 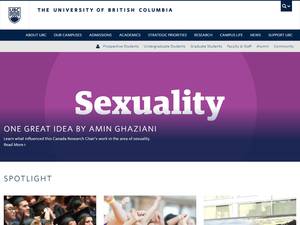 To be considered for the IMES, you must:

The number and level of these scholarships awarded each year vary, depending on available funding.

If you apply to UBC by January 15, you will be automatically considered for the IMES.

You will be considered for this scholarship shortly after you receive an offer of admission to UBC. Scholarship decisions are made between mid-March to the end of April each year.