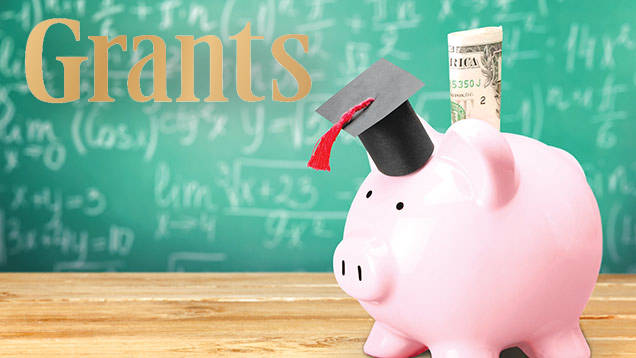 As you may already know grants are different from scholarships. When scholarships are usually merit-based or competition-based, grants are usually given to those who has a financial need or grants are directed for a particular area of study or group of people. One type of grants, like an enormous variety of federal grants from highly prestigious organizations like the NIH, the DOE, the NSF, the EPA, and NASA, are given for the schientific researches to groups of scientists working on a particular problem. Other type of grants like the Federal Pell Grant or the Federal Supplemental Education Opportunity Grant (FSEOG), are awarded based on the student’s demonstrated financial need. These grants typically come from the federal government, state governments and colleges and universities, but may also come from corporations, institutions and foundations.

There are actually just four main types of grant funding. We give descriptions and examples of competitive, formula, continuation, and pass-through grants to give you a basic understanding of funding structures as you do your search for possible sources of financial aid.

Competitive Funding - also known as discretionary funding, competitive funding is a process of proposal selection based on the evaluation of a reviewer or team of reviewers. Funding is based on the merits of the application, and recipients are not pre-determined.

Formula Funding. In contrast to competitive funding, formula grants are given to pre-determined recipients. Non-competitive awards are usually allocated to eligible entities according to population and/or other census criteria, and all applicants who meet the minimum requirements of the application process are entitled to receive money. In many instances, formula funds are distributed from the federal level to states. States then determine the process to be used to award funds to local jurisdictions.

Continuation funding grant programs offer current award recipients the option of renewing grants for the following year. Some programs are restricted to existing grantees only, while others invite applications from current grantees and new applicants. Often, current grantees are awarded extra points during the review process for being a current grant recipient. Since priority is often given to continuing applicants, if you are a new applicant, you should consider entering into a partnership with a currently funded entity.

Pass-Through grants are funds given by the federal government to the states for further distribution to local governments. Under this funding structure, states may disburse federal funds to eligible local jurisdictions through formula allocations or open competitions.

Where are you planning to study?