UNESCO-Japan 2023 Prize on Education for Sustainable Development for Master 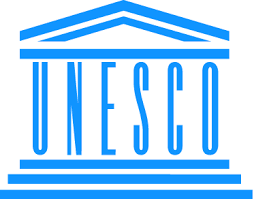 The UNESCO-Japan Prize on  Education for sustainable development, funded by the Government of Japan, consists of three annual awards of USD 50,000 for each recipient. It was awarded for the first time by the Director-General of UNESCO in November 2015.

The Prize and award winners recognize the role of education in connecting the social, economic, cultural and environmental dimensions of sustainable development. It was established by the Executive Board of UNESCO at its 195th session within the framework of the Global Action Programme (GAP) on ESD and officially announced at the UNESCO World Conference on ESD (10-12 November 2014, Aichi-Nagoya, Japan).

The three Prize winners are selected by the Director-General of UNESCO on the basis of recommendations made by an  international independent jury consisting of five experts.

The project/programme of the nominee are assessed by the Jury on the basis of the following criteria:

The project/programme practices Education for Sustainable Development (ESD) as transformative education in support of sustainable development, , leading to individual and social change.

How to submit nominations?