Also you can: GIVE US YOUR RECOMMENDATIONS NOW 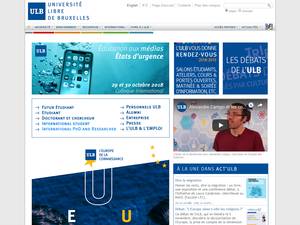 Applications must abide by the following minimum eligibility criteria (EC):

The ESR will receive a single, three-year employment contract issued by his/her Home Institution. The employment contract will provide by default social security coverage, holiday rights, parental leave rights, pension provision, healthcare insurance, and accident coverage at work. The contract guarantees that the ESR becomes a full member of the institution with the same rights as regular staff with the same position. This concerns, among others, working conditions, professional environment, access to the institutional resources, and participation (also by election) to various decision-making bodies.

During the whole period of enrolment in the DEDS programme, the ESR must not receive any scholarship or subvention by the European Commission within the framework of other Community programmes.

The ESR will receive a Mobility Allowance as a contribution to his/her mobility related expenses and a Family Allowance should he/she have family, regardless of whether the family will move with the Candidate or not. In this context, family is defined as persons linked to the Candidate by (i) marriage, or (ii) a relationship with equivalent status to a marriage recognised by the national or relevant regional legislation of the country where this relationship was formalised; or (iii) dependent children who are actually being maintained by the Candidate. The family status of a Candidate will be determined at the recruitment date and will not evolve during his/her participation in the DEDS programme. For ESRs employed at AAU, the Mobility and Family Allowances will be paid as part of the basic salary; not as a supplement.

More information regarding the terms and conditions of the programme can be found in the Information note for Marie Sklodowska-Curie Fellows in ITN.

Before applying please, read carefully the Application Manual that describes in detail the application procedure and requirements. It covers the most frequent questions.

↪   GIVE US YOUR RECOMMENDATION