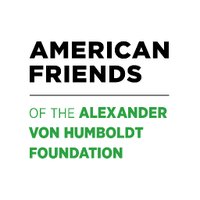 The Alexander von Humboldt Foundation presents up to six Georg Forster Research Awards each year to internationally outstanding researchers from developing and emerging countries in recognition of their academic record to date.

The award is intended to support the long-term promotion of outstanding scientific multipliers in transition and developing countries whose research will contribute to improving living conditions in their countries of origin. The research award was named for renowned German ethnologist Georg Forster (1754–1794) and is funded by the Federal Ministry for Economic Cooperation and Development.

Eligible for nomination are researchers whose fundamental discoveries, new theories or findings have had a lasting effect on their discipline beyond their immediate research area and who will continue to contribute to developing research-based approaches to the specific challenges of developing and emerging countries. The individual nominated must additionally meet the following criteria: